A new mini-tool for digital nomads

With ten centimeters in height, the Zuta Labs pocket printer is small enough to fit in a briefcase or a purse but still manages to print from every device with Bluetooth on any flat surface the size of the paper. 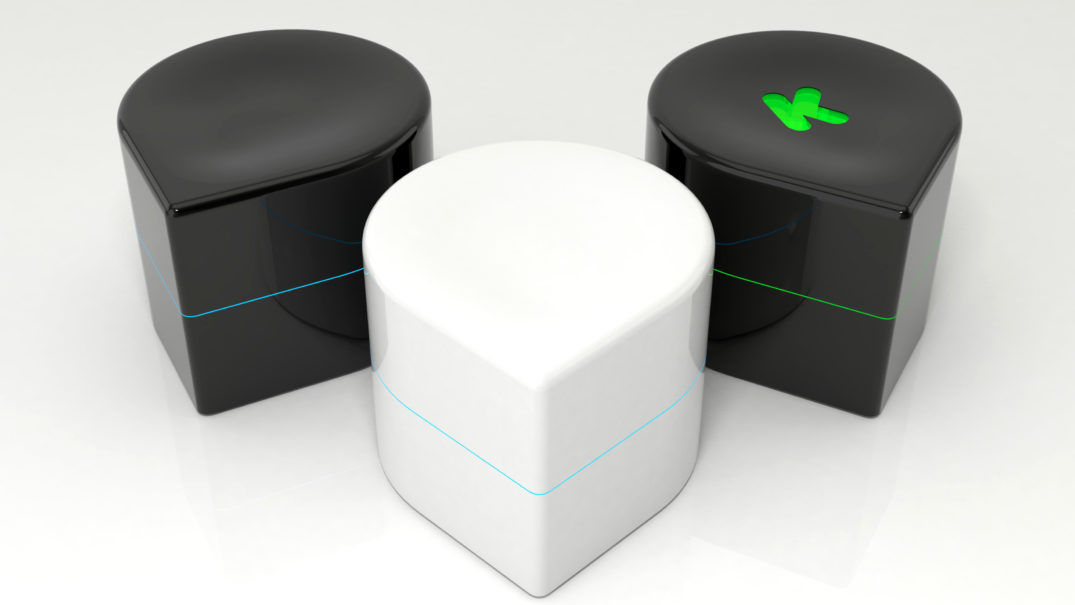 During the past few years, Tuvia Elbaum kept really busy. As CMO and co-founder of Umoove, an eye-tracking software maker for mobile devices, he already had a full schedule – on top of his course load in the business and technology program at the Jerusalem College of Technology (JCT). But when JCT started an evening program for young entrepreneurs offering a small amount of capital and guidance from professors, he signed up.

Elbaum managed to juggle all the demands from his work and college life, using mobile technology to write memos and short contracts between classes or to work on an essay for college late at night at a coffee shop. There was just one issue that kept bugging him: “Whenever I wanted to print something from my smartphone, my tablet or my laptop, I had to run and look for a printer or wait until I got home or to the office.”

He looked for mobile printers online but didn’t come across a good solution: “I only found printers that are either too big to carry around or to small to print on a standard A4 page”, he says.  This was due to the fact that all printers had the paper go through the device. This didn’t make sense to Elbaum: “I thought – hey, why not put the cartridge on a robot and let it run around by itself? This will allow the printer to be really small and yet print on any size paper.”

Elbaum needed to see whether his idea could work and immediately started to engineer Zuta Labs pocket printer, a fist-sized robotic device that moves over the page laying down ink as it goes. Using a Bluetooth protocol, the Zuta Labs pocket printer can be used by any device with Bluetooth – smartphones, tablets, laptops, PCs. With ten centimeters in height, it is small enough to fit in a briefcase or a purse and can print on any flat surface the size of the paper. Elbaum’s goal is to make the workspace truly mobile: “The printer is the last office tool still left behind”.

Naturally, there are documents such as boarding passes, memos, short reports, and signed letters for which the printer is ideal. “We’re not here to replace a printer that can print 20 papers in a minute or a high resolution family picture”, says Elbaum. He sees the main use of the mini-printer in day-to-day printing and in specialized printing situations – for architects or designers who have to print on large sheets of paper or for people who are literally on the go – such as truck drivers who have to print out a permit or a schedule once in a while.

The market size may even be larger: According to the study “Global Mobile & Portable Printers Market Forecast & Opportunities, 2018”, the global mobile and portable printers market is expected to reach almost USD 11.9 billion by 2018 – this, of course, includes smaller printers for receipts in the retail, transportation and hospitality sectors.

When Elbaum started working on the Zuta Labs printer as a project in his entrepreneurship class, he wasn’t sure whether there would be a great demand for his invention. “Everyone likes to say that we’re going to a paperless world”. While he was solving technological challenges such as making sure that the printer moves on the page in the correct manner and has a good grip on the paper, he also looked for outside funding in addition to the small amount of capital from the entrepreneurship program.

He found that and much more in Kickstarter: “We got priceless feedback from the Kickstarter community and a large amount of offers for partnerships in different areas and levels around our product”.   Orders for the battery-powered printer weighing 300 grams kept coming in as well: In the first 30 days of the Kickstarter campaign, 2500 came in and even though there has not been a second campaign, the orders keep coming, according to Elbaum, who is now the president of Zuta Labs, a growing company with currently six employees. The printer is expected to be available in the first quarter of 2015 and will be sold online.