The time has come – the wait is over: the new drupa song is mixed and online, and has what it takes to potentially become a hit drupa dance-floor hymn. 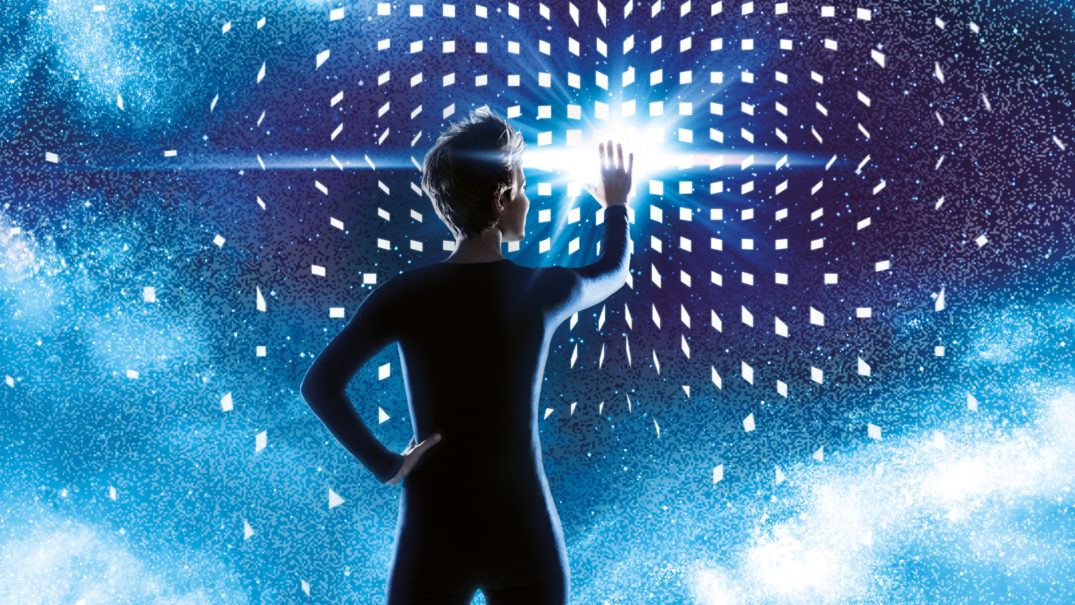 The time has come – the wait is over: the new drupa song is mixed and online, and has what it takes to potentially become a hit drupa dance-floor hymn. None less than the Düsseldorf-based musician Dieter Falk, who has held a place at the top of the German music scene for many years — with five ECHO nominations for more than 20 million CD sales as producer for PUR, Monrose, Paul Young, Patricia Kaas and others — wrote the song „drupa is in town again“.

One thing is certain: you will find it hard to sit still while the tune is playing – this soul track features hot horn licks and plenty of funky guitar and piano riffs. At the very latest, the drupa community will be grooving and singing along when the extraordinary voice of South African soul singer, Bonita Niessen, chimes in — just as at the world premiere of the drupa song on 29 February for more than 100 trade journalists from around the globe during the international Media Conference in Düsseldorf.

Dieter Falk is a music professor at the Robert Schumann Academy in Düsseldorf, and multiple winner of the Keyboardist of the Year Award from Fachblatt magazine, as well as of the Pianist of the Year 2012 Award from the German Piano Association. As a pianist, Falk has released various CDs that became bestsellers in Germany. Recently the two Jazz Award-winning albums „Celebrate Bach“ and „TOCCATA“ (Universal), which he recorded with his two sons, Max (drums) and Paul (Hammond & vocals), were released. At 55, the musician, producer and arranger has collected more than 50 platinum and golden records. In 2010, Falk collaborated with librettist Michael Kunze in writing the pop oratorio „Die 10 Gebote“ (The 10 Commandments) for the cultural capital, Ruhr 2010, which is among the world’s largest events of its kind, with more than 15,000 contributors and far more than 150,000 spectators thus far. And two of his recent works were premiered in 2015 with 3,000 singers at the Dortmund Westfalenhalle: „Kennst du den Mythos, Schalke 04“ (Are You Familiar With the Myth of Schalke 04), and the pop oratorio „Luther“.

Dieter Falk found the perfect singer for the drupa song in Bonita Niessen. Born in South Africa, Bonita received her first recording contract in Germany at 19. Since then she has appeared with Helene Fischer, Kool & The Gang, Bootsy Collins, Bobby Kimball of Toto and Michael Bublé. The latest production by Bonita & Band carries the title „Oz“ – ten strong songs with pop, rock and country influences. She belongs to the regular cast of the pop oratorio „Die zehn Gebote“, and was part of the musical „Amazing Grace“, which was premiered during the Gospelkirchentag. Following her engagement in the anniversary show of FC Schalke 04, she celebrated the premiere of the pop oratorio „Luther“ in October 2015. Incidentally, the drupa song already has a rich tradition. The first one was created back in 1986, written and sung by Dave Gibson. Since then the song has been played every morning in all halls from the beginning of the trade fair. The millennium drupa was accompanied by a new song sung by Lucy Wende, and produced by Rolf Lammers and Mal Sondock. In 2004 visitors and exhibitors received a musical welcome by Elke Diepenbeck (licensed by Stephen Grosser), and in 2008 by Ladag Media. In 2012 the song „Get Ready to Succeed“ came from Messe Düsseldorf employee Dirk Zeisler.

And here it is: 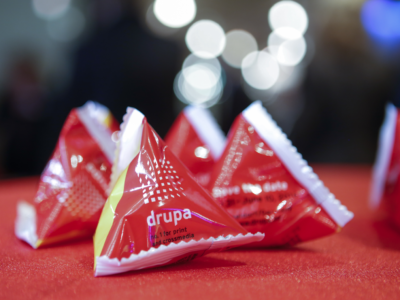 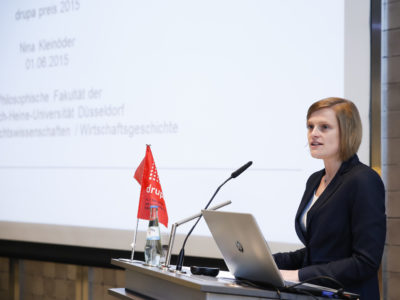