It was a tough murder case and the police struggled to solve it. Eventually, a 3D printing technique developed by the University of Warwick helped British prosecutors to secure a conviction in a case called “the suitcase killing”. 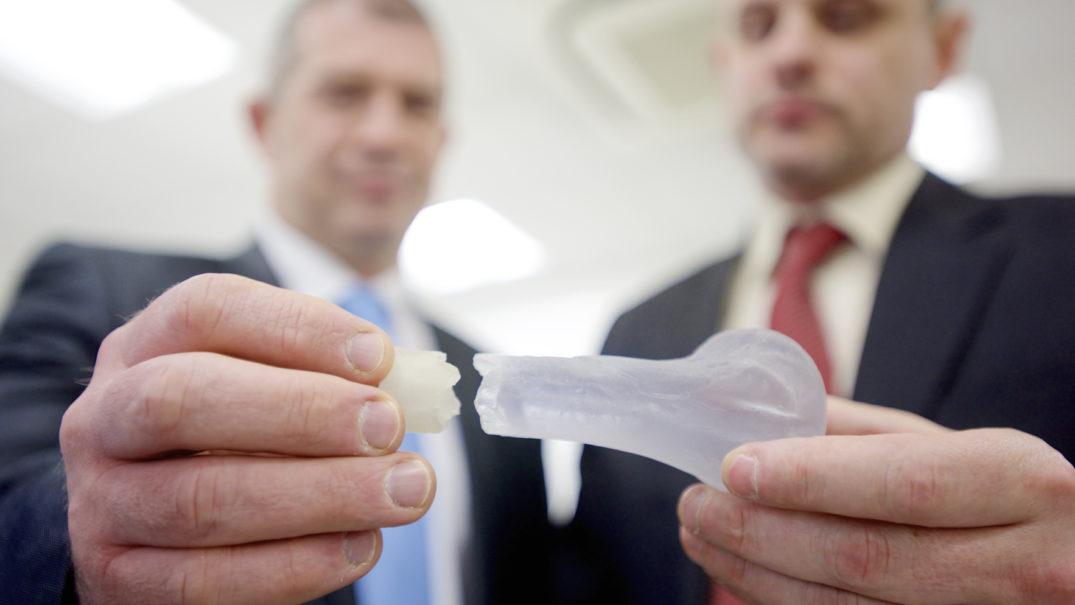 It was a tough murder case and the police struggled to solve it. Eventually, a 3D printing technique developed by the University of Warwick helped British prosecutors to secure a conviction in a case called “the suitcase killing”.

What had happened? A 34-year-old man in Britain murdered another man and stuffed the remains in two suitcases before throwing them into a canal in Birmingham, writes the The Times Higher Education.

While the man and his girlfriend were suspects, it was difficult to gather enough evidence to prove that the man was guilty of murder and that his girlfriend had assisted him, even though she was not involved in the killing. The police recovered part of the victim’s humerus from an oil drum in the couple’s garden that had been used as a furnace to destroy evidence. The detailed 3D scans and x-rays allowed detectives, forensic experts and prosecutors to examine the evidence in remarkable depth. The university researchers also made 3D print replicas of the bone to demonstrate the evidence to the jury. This combination of micro-computerized tomography scanning, 3D printing and 3D virtual reality was a UK first in forensics and eventually led to a conviction. The police in Zurich, Switzerland, are also enthusiastic advocates of 3D technology. In a recent TV documentary, they showed in a real-life CSI episode how 3D scanners helped investigate crime scenes and, in one case, led them to a mysterious murder weapon. While the forensic unit of the police force in Zurich itself doesn’t have a 3D printer yet, there are many potential uses for 3D printing in investigations and judicial proceedings.

Forensic magazine writes “It’s a wonder why more investigators, lawyers, and expert witnesses haven’t seen the benefit of 3D printing for use in court.” The author points out that 3D printing could be used for replicating foot- or fingerprints and for crime-scene models. Forensic anthropologists argue that 3D printed models of bones and skeletons could be shown as evidence in a courtroom. Real bones degrade when handled and evidence could be damaged when shown to the jury.

The artist Heather Dewey-Hagborg shows in another way how useful 3D printing could be in forensic science. In her project Stranger Vision, she extracts DNA from objects like cigarette butts or human hair and 3D prints faces at the media studio at New York University. While she can determine general features like skin and eye color, she can’t figure out more specific details like the length of the nose or the age. Still, her 3D portraits show a general resemblance to the people whose DNA was used