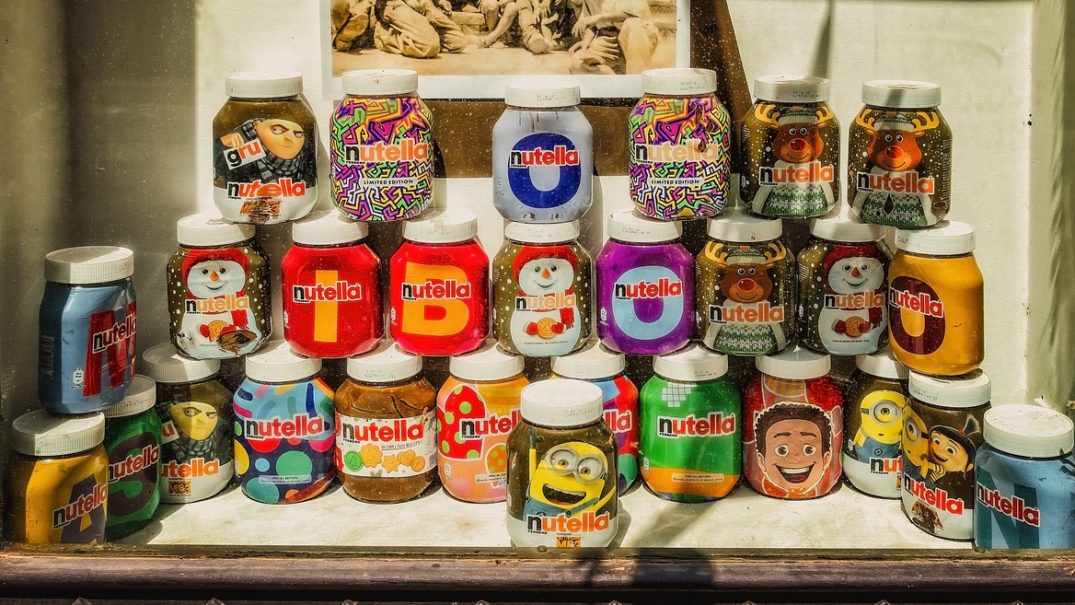 The packaging industry is fast moving and lives off progress. While trending colors, materials, and shapes can change almost overnight, there is always room for innovations. All the more important is it for a company to be individual in terms of packaging and make their products stand out. Ferrero’s new packaging campaign under the slogan “Nutella Unique” is the perfect means.

By using an algorithm that was developed especially for this campaign, Ferrero produced and sold seven million individual Nutella jars in the company’s home country Italy. Within one month, the colorful jars were sold out and due to the success of the campaign, it was then rolled out in France and now in Germany. Partly responsible for the success are not only the outstanding designs but also a raffle: The winning code gets a Nutella lamp-cap so that the individual jars can be kept and upcycled into a lamp.

Individual Designs as the New Trend in the Packaging Industry

The idea to create millions of individual Nutella jars came from Ogilvy Italy. Ferrero paired up with the information technology company HP who already facilitated similar projects. In Summer 2017, for example, they collaborated with the South African producer of the cream liqueur, Amarula Cream.

The idea and the printing technology of this campaign are highly attention-grabbing, but especially the underlying statement rounds it off.

The Technology Behind Ferrero’s Campaign

The algorithm that they used for this campaign combined diverse patterns and colors and thus created millions of combinations. The designs were then printed on the label and customized with unique ID codes. The Italian printing company Eurostampa developed a new printing process for Nutella Unique so that as many design combinations as possible could be printed on a single roll of film. By using this technique, they printed 250,000 unique labels per week. This rate could have been up to 10 times faster, had they used traditional labeling printing. Still, the technology is outstanding: Continuing progress in the printing and packaging industries make it possible.

Nutella with a Message

The numbers of Ferrero’s campaign exceed comparable campaigns, as they produced seven million individual jars only in Italy. HP developed the software for the production and printing of the individual labels. The exciting design and printing technology provoke mostly positive responses, but that is not the only reason why it is widely discussed. Like Amarula Cream, the company sends a special message with this colorful collection of Nutella jars. The individual jar designs are meant to represent the diversity of people, as the tagline of the campaign suggests:

“Nutella Unique – As Unique as You”.

Have you already seen Ferrero’s individual Nutella jars – or even bought one? Let us know what you think of the campaign in the comment section!