Modern technologies such as 3D printing might help on the journey towards a greener world. Just last year sports brand Adidas partnered with Parley for the Oceans to develop an innovative shoe concept which uses plastic waste from the ocean and 3D technology to tackle the pollution of the oceans. 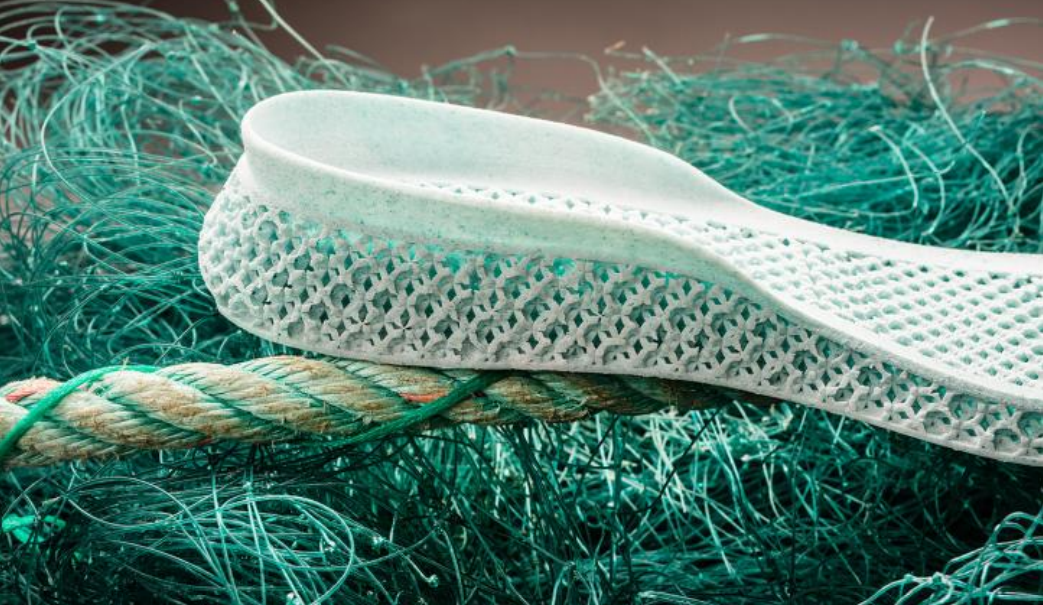 People and companies alike are encouraged to make their contribution for saving our planet. Modern technologies such as 3D printing might help on the journey towards a greener world. Just last year sports brand Adidas partnered with Parley for the Oceans, an initiative for “rais[ing] awareness for the beauty and fragility of our oceans”, as they state on their website. Parley and Adidas teamed up to develop an innovative shoe concept which uses plastic waste from the ocean and 3D technology to tackle the pollution of the oceans.

Parley for the Oceans collaborates mainly with small countries which are especially affected by marine pollution. Islands such as Grenada, Jamaica, and the Maldives were one of the first partners. Representatives from Parley visit small fisheries and help cleaning the coasts from plastic waste. Parley turns this waste into pallets which then can be repurposed afterwards.
The Adidas x Parley shoe for example is made of two kinds of plastic: PET, which is normally used for plastic bottles and nylon from old fishing nets. Almost 17 plastic bottles and 13 grams of nylon go in the upper part of the shoe. The midsole is completely 3D-printed from recycled polyamide from the fishing nets. The production of this shoe is quite difficult because the spinning of the ocean waste into high-performance fibers takes a lot of technology and knowledge. Even though this project was just about raising awareness last year, Adidas incorporated the approach into their top footwear franchises and its commercial lineup.
The company actually released a new performance footwear called Futurecraft 3D which is a running shoe that is tailored to a person’s foot and needs, and comes directly out of a 3D printer. The idea is that runners get a perfectly fitting shoe which exactly matches their contours and pressure points.

On the road to developing eco-friendly manufacturing processes 3D printing seems quite promising. Even though one might argue that this technology uses large amounts of energy and that mainly plastic is used for this process, it still is more environmentally friendly than using cotton or leather in the manufacturing process.
With 3D printing, on-demand production gets a new dimension and can therefore reduce the impact on the environment due to the assembly, transportation, maintenance, storage and all other steps involving the product lifecycle. 3D printing is still a new technology and constantly develops in order to become more efficient. Today it already allows us to use recycled plastic waste e. g. for the production of a sports shoe, and use it for a great variety of purposes.

Do you think 3D technology can help saving our environment? Are there any other cases in which it is used to reduce damages to nature?