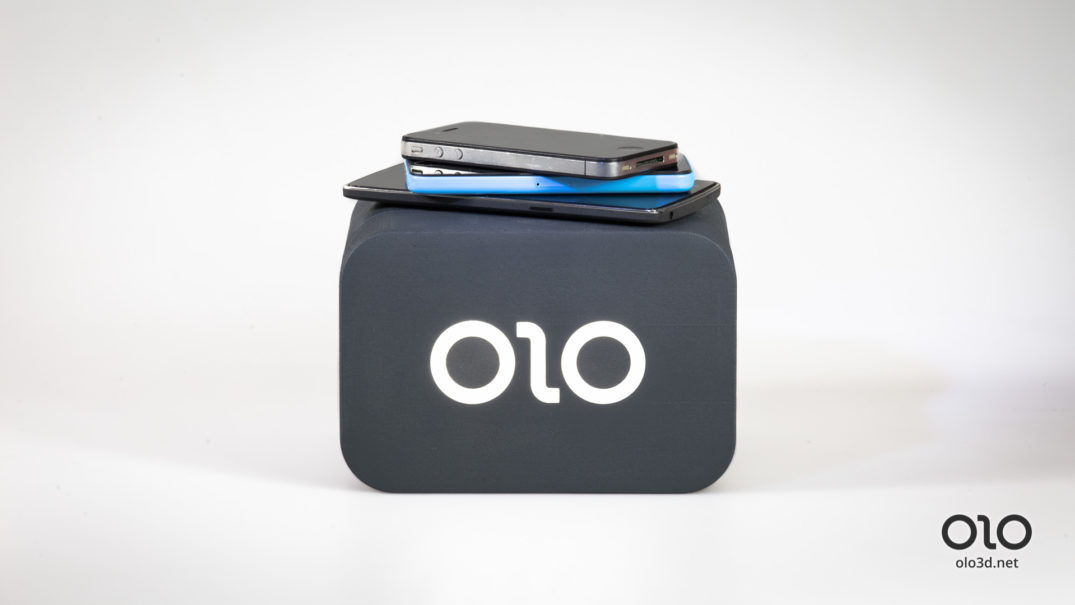 The smartphone 3D printer named Olo was created by Solido 3D, an Italian digital factory with 15 years of experience in rapid prototyping and digital fabrication. The printer is Android, iOS and Windows Phone compatible and will be available for sale at the price of 99 USD, according to Solido. Filippo Moroni, Vice President of Fonderie Digitali, explained in an email: “The idea behind the development of Olo was to create a cheap 3D printer that anyone could easily use, regardless of their experience (or lack thereof) with other 3D printers. We want to break through the barrier that is holding people back from 3D printing: namely, easy access.” Moroni believes that Olo can bridge the gap between experienced and new users, allowing the sharing of information, models, and ideas.

To begin printing, users need to start an app to upload their files. They can then put the phone under a glass in the small mobile device. The battery-powered pocketsize printer consists of seven parts and an engine. Once users close the lid, the app makes the smartphone’s screen light up. The directed light shines through a polarized glass and causes each resin layer to harden as the model moves upwards. Of course, the printer is only suited for smaller items such as resin-based jewelry, key chains, or other artistic models for display or as gifts. It can also be used to print small replacement parts for everyday items.

So far, the Olo uses a special kind of resin developed by Solido specifically for the Olo but the creators are working on ways to make the Olo compatible with different kinds of resins, which is more in line with the open-source, easy-access idea. Moroni says: “There are a few main target markets for Olo. The first is that of people who are interested in 3D printing, but do not want to make a big investment into it. The combination of the low price an ease of use through the app will allow everyone to start printing at home quickly and cheaply.” He also sees a market for people who travel and want to take a 3D printer with them. “Being so small, light, and battery powered allows Olo to be taken on the road, wherever you are”, he says.

Solido is going to start a Kickstarter Campaign in November and their first presentation at the Maker Fair in New York in September has been encouraging. “The most common reactions from visitors were intrigue, disbelief, and excitement, usually in that order”, says Moroni. And adds: “Overall, Olo was a greater success than we ever thought.”