We talked to CloudLab’s CEO Marc Horriar who explains why drupa is not only a must for big global players but also for up-and-coming companies. 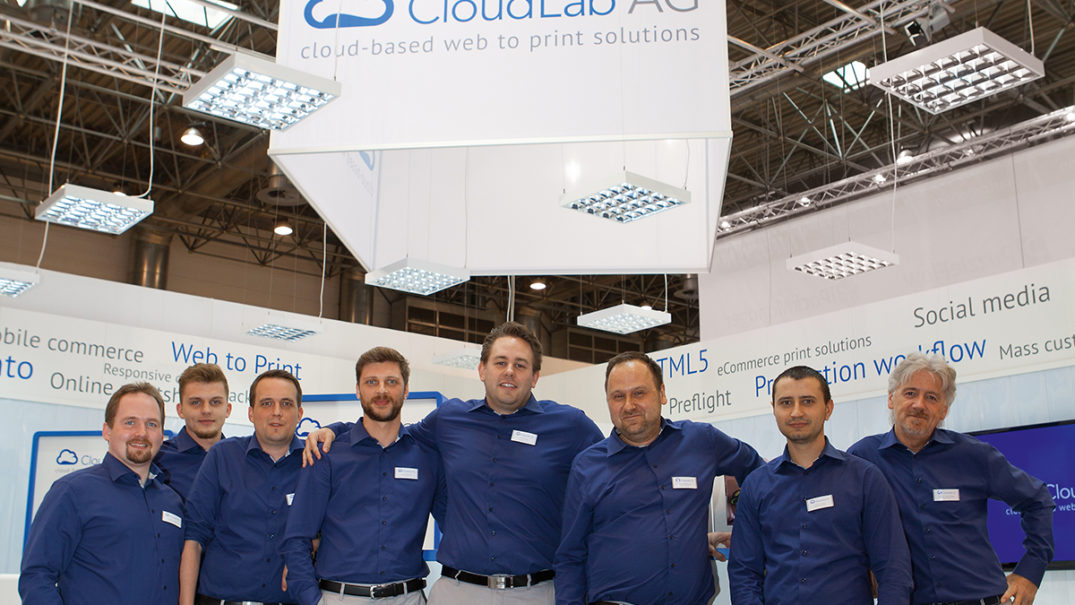 #drupa2016 was not only a place for big global players, but also a platform for start-ups thanks to offers such as the drupa innovation park (dip!). Other up-and-coming companies such as CloudLab already had the necessary means to invest in their own booth. They used drupa as an opportunity to present the latest version of their web-to-print solution printQ to an interested trade audience for the first time. 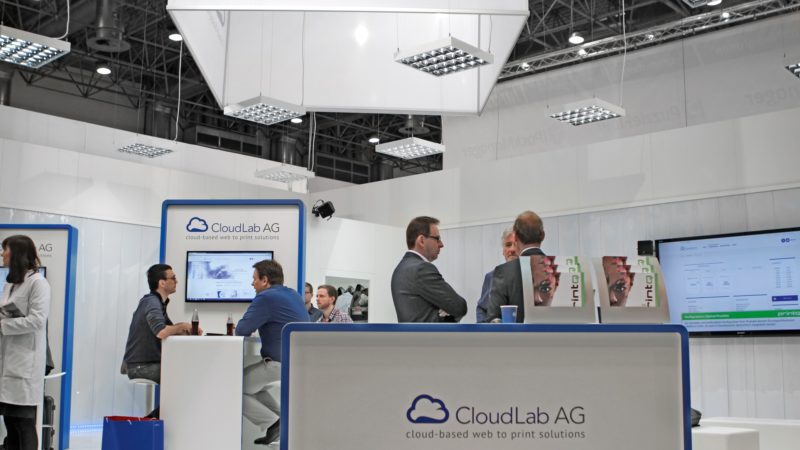 Today, web-to-print services have become indispensable. With just a few clicks, they allow you to shorten production times, reduce document creation costs and thus initiate a smooth production process that results in a perfect print product. No wonder that CloudLab was able to convince numerous interested parties during and after drupa 2016, which showed that they had caught the modern spirit. In the following interview, we talked to their CEO Marc Horriar who describes the added value of drupa for his company and looks confidently at the developments in industry 4.0.

Horriar: Regardless of whether our customer is a conventional printer or offers packaging or large format printing, we believe that there is no such thing as a “one size fits all” solution. Each and every project is different, each and every customer is unique. That’s why our solutions are unique and made-to-measure as well. We take care of all our customer projects personally and reliably – before and after their “go-live”.

„drupa 2016 Was Clearly an Important Milestone For Us” 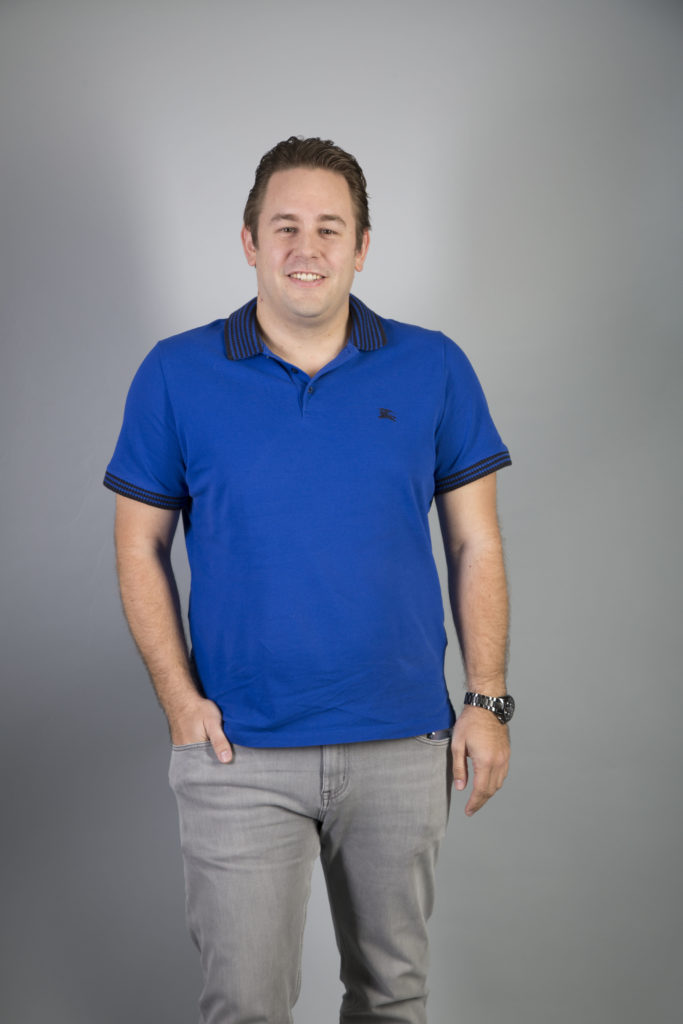 drupa: What are the most important milestones during the success story of CloudLab?

Horriar: drupa 2016 was clearly an important milestone for us. With this drupa, we instantly doubled our average monthly turnover! We left the show with an enormous number of qualified leads, which we were able to successfully convert in the months following the show. In addition, the trade show was absolutely important for our further internationalization, as we were able to generate new customers in many countries.

Other significant milestones for CloudLab: In February 2015, Canon took over the printQ distribution for Switzerland, which presented an important measure for our European distribution channel structure.

In January 2017 we celebrated the opening of our subsidiary in Houston, Texas with three employees. Our expansion to the US market definitely marked an important step for us as well.

A rather recent breakthrough was the product launch of our 3D Packaging Design Extension in 2018. In March 2018, our first packaging system went life: the Saxoprint easybox. With our 3D Packaging Design Extension we once again revolutionized the web-to-print market! Its following victorious march through the award season confirmed once again that our development efforts were on target. It has not only received the EDP Award for “Best Special Application Software” in May 2018, but also the InterTech™ Technology Award 2018 in July 2018, and it has been recognized as a Red Hot Technology for the PRINT18 Show in Chicago.

drupa: What can visitors expect at your drupa 2020 booth?

Horriar: Of course we will present the latest version of our software solution printQ at the show. Naturally, packaging will be a huge topic at the next drupa, the same goes for our booth. The whole packaging sector is no less important than conventional printing by now. At drupa 2020, we will also be part of the touchpoint packaging initiative, where we will present new products to the visitors – surely a very exciting project!

At this moment I am not able to tell you much more about it, but at the next drupa CloudLab will also focus on artificial intelligence in the editor area. Stay tuned!

drupa: How important is the presence at trade fairs and branch events especially for young/new companies?

Horriar: As a matter of fact, I consider this a bit difficult for young companies, because you are not able to spend tens of thousands for an event. Fortunately, we had very quickly overcome that problem, because we became a profitable small company relatively quickly and could afford to participate in such events.

But if you have the money you need, taking part in smaller industry events such as the Digital Print Convention (DDK) is fundamentally important at the beginning in order to network and to simply show the industry that you exist. Such events are often more manageable, and the perception you get as an exhibitor is higher.

drupa certainly represents a huge exception. The big difference of this show that should not be underestimated is that it only takes place every four years. Therefore, drupa is THE trade show for the printing industry. You can experience that drupa visitors WANT to spend money, they WANT to invest. The dip! offered a good platform for young companies.

drupa: What’s the advice you would give young companies in the printing industry that will present themselves at the special exhibition dna – drupa next age at drupa 2020?

Horriar: Simply: Be different. Don’t be too shy to present yourself as a young start-up company. Do your thing and don’t pretend to be something that you’re not. Just do what you’re good at and what you like doing.

“Artificial Intelligence Will Be the Next Big Thing”

drupa: Industry 4.0 is on everyone’s lips at the moment: Will software solutions become increasingly important in the upcoming years?

drupa: How important will products by CloudLab be for the industry and which innovations are you planning for the future?

Horriar: The printing industry is a very large industry worldwide. I think almost everyone in the German-speaking printing industry knows CloudLab by now. We are networked with all major companies, and we are the only web-to-print manufacturer in the CIP4 group, where we get to have a say in future standards. Almost all large online print groups rely on our technologies. That’s why I think that in the past six years we have managed to gain a considerable influence on the printing industry.

With the groundbreaking implementation of our web-to-pack solutions we have shown that we can once again set the course for the web-to-print industry, and offer one of the most innovative solutions on the market so far. For our future, we are planning to evolve and improve these existing web-to-print solutions for packaging, mass personalization, mass customization, variable data printing etc. But we are also active in some whole new areas, for example artificial intelligence, which will be the next big thing.

Thank you for the insightful interview, Mr. Horriar. We are very excited about your upcoming innovations and your presentation at drupa 2020.

Having read about CloudLab’s success story, which innovations about the Web to Print sector do you think will come? 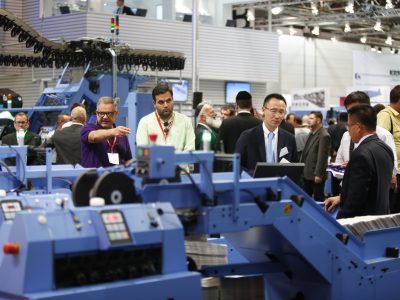 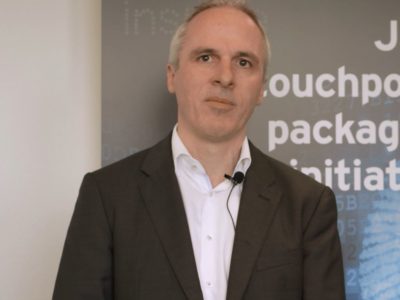 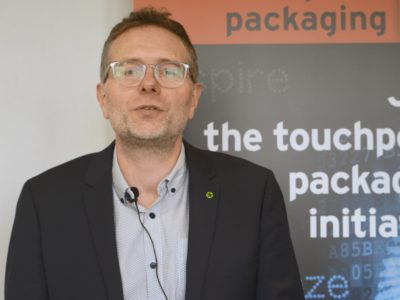