The good, the bad, the unpacked: a supermarket without packed products opens in Berlin

Original Unverpackt – originally unpacked – opened in Berlin this month. We had a look at the new supermarket to check out whether food shopping really works without packaging. 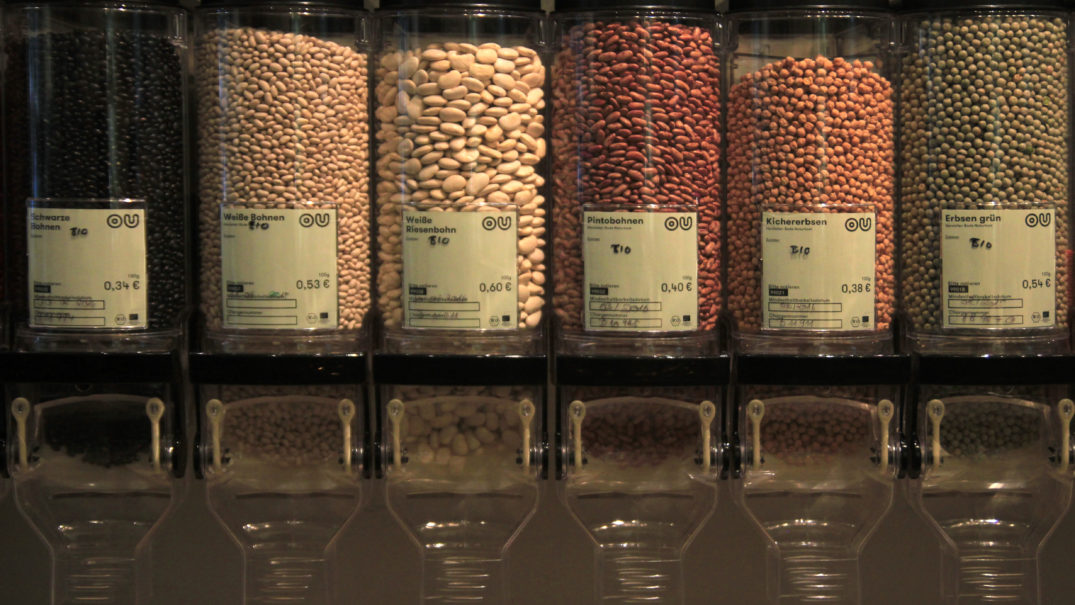 Original Unverpackt – originally unpacked – opened in Berlin this month. The idea was born when the two founders Sara Wolf and Milena Glimbovski realized just how much packaging they found in front of them from making a simple dinner. However, similar ideas have been spotted in the UK, Italy and Spain.

After raising 115,000 € in May 2014 through a crowdfunding campaign, an approx. 60 square meter store opened its doors. Different to a regular supermarket, “ou” (short for Original Unverpackt) does not offer a very large range of products of every kind, but only a small selection. Also, almost all of them – as the name suggests – are unpacked. Instead, the food is packed in big glass containers with handles on the bottom. Customers bring their own containers and fill up as much as they want.

If customers take too much, the amount is corrected at the register to insure that the unused quantity will not be put back into the original container.

Items offered are mostly available as organic but also as conventional. Products include basic food staples such as rice, cereal and pasta, fresh vegetables and fruits, as well as liquids such as oil or shampoo. While all the products mentioned come without packaging, others do. In this case, the package is reusable or recycled. Homemade marmelade e.g. is sold in glasses, toothbrushes come in recycled paper.

Besides the products however, boxes, bottles, and containers are available, just in case customers left theirs at home.

Besides less trash at home, the concept is especially useful if customers look for smaller amounts. This could either be because a new product wants to be tested before bought in larger amounts, or for when one has only a few people in the household. Also, some do not want to store items for ages but prefer to buy fresh food. While the idea of no plastic and paper packaging and less waste makes a lot of sense, it needs to be mentioned that the packaging also serves other purposes. One of them is hygiene.

Items like pasta and cereal come in containers that are distributed through a handle at the bottom. They fall directly into the customer’s box and the customer is not in direct contact with the product itself. Different to that are spices: Customers use a spoon to reach into the box. What does not appear to be a problem at first sight could become one with winter coming and more bacteria finding its way to customers’ hands.

According to ou’s staff, all containers, the ones with the handles on the bottom as well as the ones for the spices, are cleaned every time before receiving a refill. The spoons for the spices are exchanged every day. To touch other food, such as lasagne plates, a plastic glove must be worn. As ARTE reported last year, the biggest hygiene concerns at larger supermarkets (and discount supermarkets) are with bottle recycling machines and self­service bakeries. Neither of these are found at ou.

But besides hygienic advantages, packaging serves other purposes as well. Often the funky designed boxes with photoshopped food and confusing superlatives also provide useful information. The list of ingredients, e.g., is important to those who suffer from allergies. Others are interested in the nutrition box that shows calories as well as the amount of sugar, etc.

The expiration date is marked on the ou’s containers but would need to be written down for each product by the buyer. It’s unclear if store encourages people to buy less instead of buying a lot and store it for a longer time. It’s still helpful when finding forgotten food in the pantry.

Additionally, packages sometimes also offer instructions on how to prepare the food. E.g. pasta: Different varieties of pasta need a different amount of time to cook to al dente. And while for some of us cooking the basics is common knowledge, some resort to the instructions on how to cook rice. Likewise, customers also often find recommendations on what would go well with it. Talking to the staff at ou, they explained that they are currently preparing a website that offers recipes that will launch by the end of the year. Original Unverpackt is not a new supermarket but rather something similar to an indoor farmer’s market: The customer can decide how much (s)he wants to buy and products are mainly local and fresh.What’s different is the packaging: customers bring their own.

The place is small and as of right now is located in Kreuzberg. In a city like Berlin, it is yet to be seen if the target group will bring extra containers to their workplaces and then travel all the way to Kreuzberg if they live in Wedding or Prenzlauer Berg, only to buy pasta for that night’s dinner. Living in the neighborhood, it’s easy to stop by on a Saturday or after work though.

The variety of products is also limited. Neither canned nor frozen food of any kind is available, which makes sense, given the store’s philosophy, but that might disrupt some people’s normal grocery shopping behavior.

In the end, it will have to be seen how the customers will react to the choice of picking between packed and unpacked products, and whether they will see extra value in it or not. 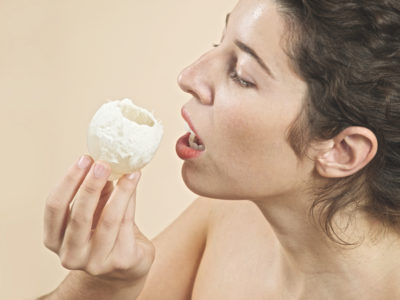 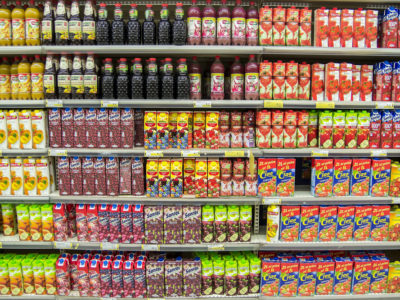 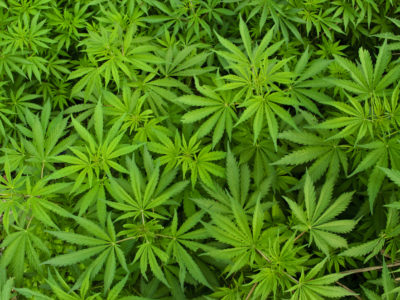