How a 3D printed innovation wins awards for a start-up

Felix Kochbeck is a passionate snowboarder. But whenever he filmed his most thrilling moments with a small action camera, the results fell short of his expectations. There was too much camera movement, which gave the films an amateurish look. He then decided to go the do-it-yourself-route and develop a self-stabilizing handheld camera mount using 3D printing technology. 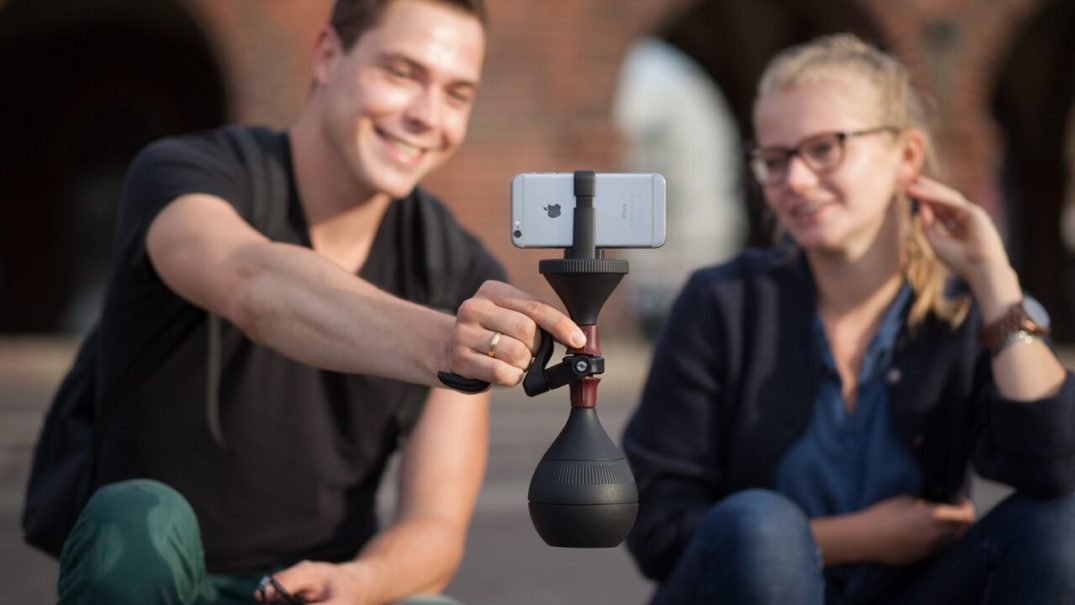 Felix Kochbeck is a passionate snowboarder. But whenever he filmed his most thrilling moments with a small action camera, the results fell short of his expectations. There was too much camera movement, which gave the films an amateurish look. Kochbeck looked for solutions but found nothing that fit his requirements and budget. He then decided to go the do-it-yourself-route and develop a self-stabilizing handheld camera mount using 3D printing technology. Kochbeck and his team worked with the 3D printing company EOS to turn this vision into reality.

It took Kochbeck two years of trial and error before he was ready to launch the start-up LUUV with his friends Tim Kirchner, Tobias Gerhardt and Friedrich-Paul Spielhagen, all action sports enthusiasts. The Berlin-based company LUUV turned to the crowdfunding platform Indiegogo to fund the camera-mount project. They aimed for 50 000 USD and were positively surprised: Their concept for the LUUV mounts attracted 65 000 USD in the first round – a clear sign that they were on to something. Another crowdfunding campaign is underway to gather additional funds for the next steps in development and production. While the concept was clear, actually producing mounts for small action cameras and smartphone cameras posed significant challenges to the young team. The camera mount resembles an hourglass and the bottom half balances out any unwanted jittery movements. But to achieve this, the lower half of the camera mount has to house sophisticated precision mechanics that compensate for the cameraperson’s movements or gusts of wind. The size and shape of the device allows for dramatic angles for extreme footage but in those situations, the balancing mechanism has to work overtime.

The founders of the start-up wanted to start production as soon as possible and be as cost efficient as possible. The team decided to use 3D printing for prototyping and small series production. EOS Fused Deposition Modeling (FDM) technology provided them with a range of benefits: During the prototyping phase, they could figure out quickly what works and what doesn’t. They could also incorporate feedback into the next design iterations. Since the LUUV team wanted the product to look and feel professional as well, they believed 3D printing was the best option. EOS machines were employed to produce a small prototype series. Or to be more precise, the outside of the LUUV stabilizer mount originates from an EOS system, while the precision mechanics are concealed in the interior.

The camera mount has not only attracted the attention of investors and buyers but has also won a number of awards, including the Innovation Award at the Consumer Electronics Show (CES) 2016 in Las Vegas and the Product of the Year Award at the German sports fair, ISPO.