In order to protect the world’s bee populations Australian artist Michael Candy developed a project which uses artificial pollination in combination with 3D printing technology. The idea is to encourage the bees to bread by means of a synthectic pollenizer which is based on 3D-printed robotic flowers. 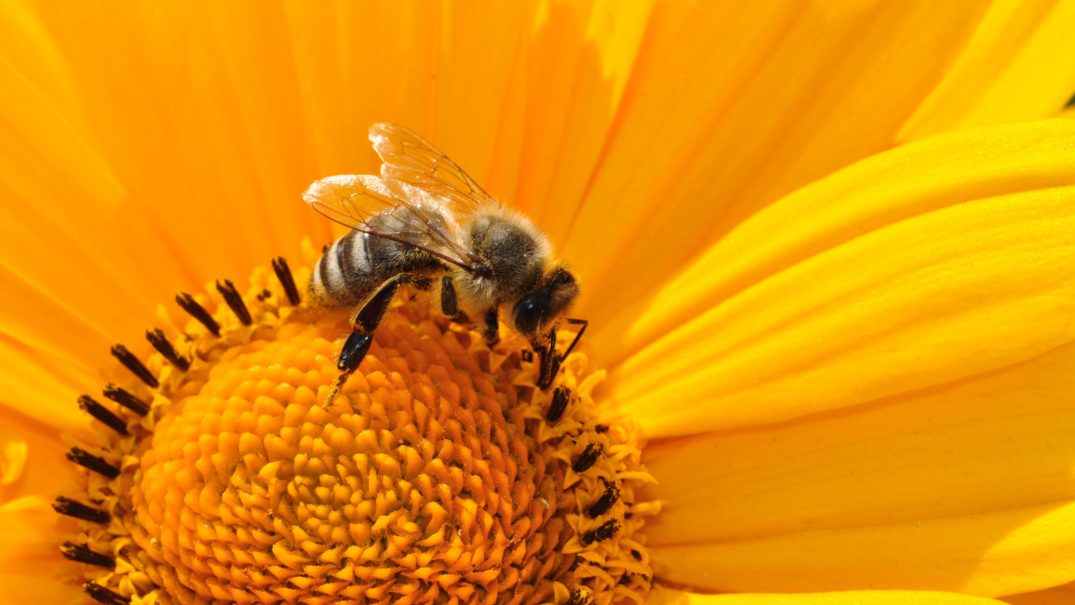 All around the globe, bee populations are worn out and the beekeepers are increasingly worried. In fact, almost three-quarters of our native plants depend on pollination by bees. But whether the bees can fulfill their important task in the future, is questionable. The bee population is threatened not only by the Varroa mite, a parasite that infests bees but also by monocultures and the increased use of pesticides in agriculture.

To save the declining bee population, Michael Candy, an Australian designer from Brisbane, developed a novel ideal. His project uses artificial 3D-printed flowers with nectar and pollen that are placed among real plants to animate bees to pollinate. Each of the 3D-printed floral replicas has an artificial dust bag and 3D-printed petals and is similar in appearance to the rape plant. So bees cannot distinguish them from the real plants.

According to Candy, it was quite challenging to get the bees to pollinate the artificial flowers. It took many attempts for the bees to land successfully on the 3D-printed synthetic flowers. Candy explains: “It has taken several years to successfully coax bees into landing on the synthetic pollenizer.”

Colour and Shape Are Essential for Attracting Bees

As numerous tests and experiments have shown, bees were actually attracted to small, yellow 3D-printed flowers and collected pollen on them. Candy says: “The colour and form of the unit are important for attraction as bees have a variety of ways to identify flowers.” There is currently only one prototype flower system in existence. However, Candy hopes that one day his artificial pollination system could be used to a greater extent to rehabilitate the reproduction cycle of bees.

Can 3D-printed robotic flowers save our dying bee populations? What do you think: Future or wishful dreaming? Share your opinion with us in the comment section!