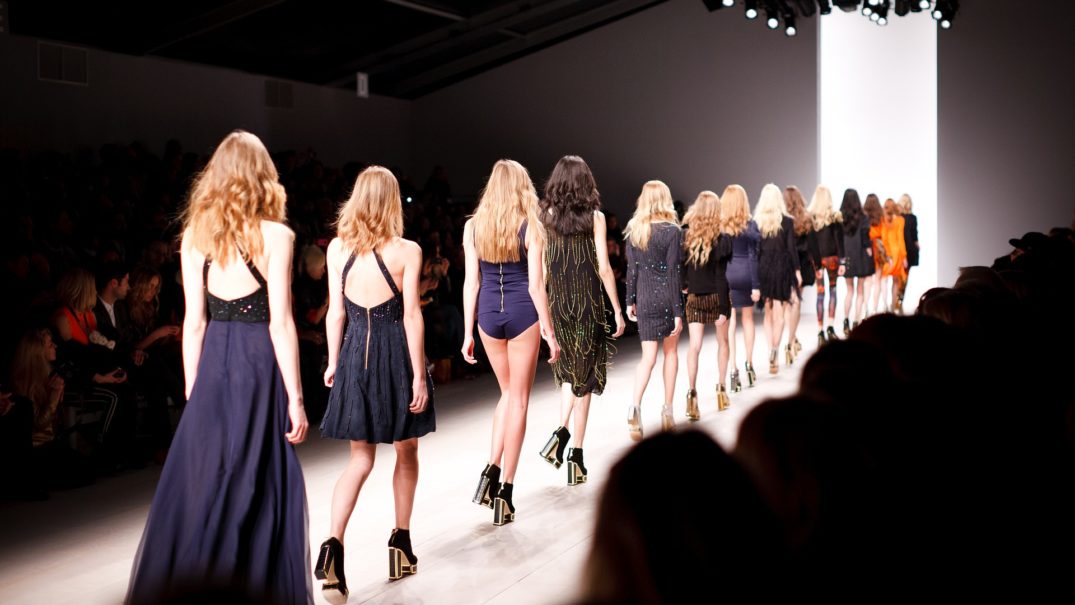 With its new fashion collection, haute couture fashion house Balenciaga innovates the world of traditional tailoring. For the first time, the brand’s creative director Demna Gvalasia used 3D technologies to create dramatic silhouettes and optimize the fit of his newly designed jackets. As a result, there remain only two seams in his 2018 series of exaggerated contour jackets: at the side and at the arm hole.

The triumph march of 3D printing in fashion started in 2013, when the first fully 3D-printed dress which conformed completely to the body (rather than being a stiff 3D-printed structure) was shown in New York. Due to its potential of optimizing production processes, customization and cost, the use of 3D technologies has become increasingly popular among fashion designers since then. Besides – and even more importantly – 3D printing allows for all kinds of extraordinary highlights that make the fashion show audience gasp.

Portable Heads and Printers on the Stage

At Gucci’s Fall 2018 runway show in Milan, for instance, two models appeared on the runway carrying 3D printed replicas of their own heads. The nightmarish accessories were based on 3D scans taken of the two models and have – not surprisingly – caused quite a stir on social media.

Another highlight in the 2018 fashion collections was presented by the Spanish studio ZER with its innovative collection named CONNECT3D. It consisted of 10 different looks, each one featuring a garment made with 3D printing. Not only were the models wearing all different kinds of 3D printed garments with a personalized design, but the runway stage was also decorated with 3D printers. This way, the designers expressed their view that 3D-printed fashion “is the future”, as Nuria Costa Ginjaume, one of the brand’s founders, explained in an interview with El Mundo.

While Gucci and ZER introduced 3D printing as eye catchers for their shows, Balenciaga used 3D technologies in a more traditional way. For the 2018 autumn/winter collection creative director Demna Gvalasia focused on volume and innovation in tailoring. According to Gvalasia, these are the characteristics, Balenciaga himself stood for. Thus, his goal was to reinterpret and modernize the typical Balenciaga design. The result was a line of colorful, double breast coats, which protrude due to their broad shoulders, narrow waists and wide hips.

The dramatic silhouette of the jackets were realized by means of 3D scanning and printing. In an interview with Vogue, the designer explained: “For the first time, I did digital fittings on a laptop. We 3D-scanned bodies and then we altered the shapes in files, 3D-printed them and actually made moulds. The tailoring part that you see is all printed. There are only two seams on the side and the arm hole. There are no darts, there is no construction, and it’s only one layer of fabric.”

For Gvasalia his use of 3D technologies in his latest fashion collection is still in the fledgling stage, bearing much more potential for all kinds of collaborations in the future. In an interview with i-D magazine he said: “For me, it represents what I love about tailoring and what Balenciaga stands for in terms of architectural garments. We started quite artisanal, then worked with 3D scanning body moulding specialists — we worked with people who aren’t used to working in fashion. I hope it’s the beginning of a long collaboration”.

The new Balenciaga collection was shortlisted for a 2018 3D Printing Industry Award in the 3D Scanning Project or Application of the year category.

It is amazing to see the multiple ways in which 3D printing can be used in fashion design. What do you think will come next?