With the mission to gather exciting stories from US attendees, PrintMediaCentr is out and about on behalf of drupa. Deborah Corn herself goes first with sharing her personal connection to the world’s leading trade fair for printing technologies. 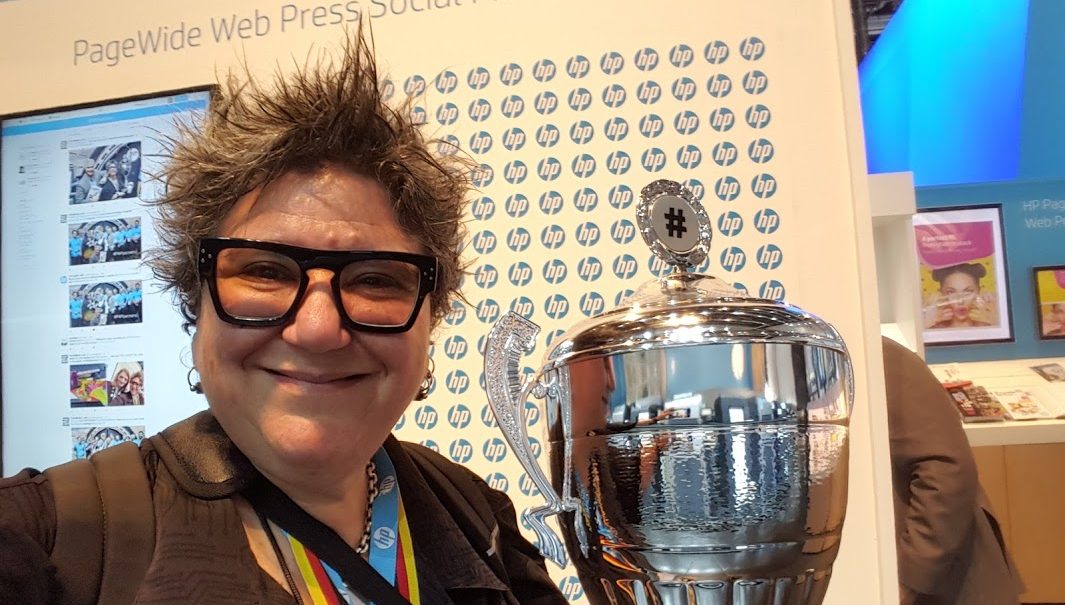 Greetings Citizens of The Printerverse!

My name is Deborah Corn and I am honored to be one of your #drupa2020 Ambassadors and a contributor to this blog. I am on a mission to share the amazing success stories of attendees and exhibitors who came to drupa from the United States. While I was thinking about where to start it occurred to me that my destination drupa story is pretty amazing, so why not start there!

Getting to drupa was a goal I set for myself after the 2012 show. Seeing all of the news and product launches and events and educational opportunities and photos and articles that went on for 14 days had me green with envy and glued to my devices. I HAD TO BE THERE in 2016, to see it all for myself and experience what I could only imagine the world’s largest print fair to be.

In late 2015 my phone rang and my dream came true! HP presented me with an opportunity to work with them and help with social media support for their incredible presence at drupa 2016 that occupied every inch of Hall 17. The HP PageWide Team had two giant high-speed inkjet presses to show-off, and under the direction of Pat McGrew (HP 2011-2016) they created a working print shop. To ensure the samples they were printing were “brand-quality” ready, HP tapped into my 25+ years’ experience as an Advertising Agency Print Buyer and brought me in a week before the show began to conduct press checks.

In between press checks, I wandered around for 6 days before drupa 2016 started and visited every hall. I was the only “media” person in sight!!! I watched some of the most epic installations grow from a sea of shipping crates to cityscapes, and multi-tiered theaters with 100 foot video screens. One of the halls had a museum with antique letterpresses. Another had the largest packaging equipment I have ever seen, EVER. And mind you, the show hadn’t started yet. My brain was already on print magnificence overload!

When day one of drupa 2016 arrived, I was not prepared. I had all of the Messe to myself for a week. As soon as the first note of the drupa song drifted over the sound system, the people of print followed through the fairground gates… and kept coming, and coming and coming.

The HP PageWide Print Shop was still running, and I was on press check duty during the show. In between I reported on everything I saw, everyone I met, everything I learned. Hall 17 was a must-see destination and I made sure that it was seen by everyone – no matter where they were. My social sharing didn’t go unnoticed, and on the 2nd day of drupa 2016 I was awarded the drupa social media trophy in the HP booth. Since it was mine for 24 hours, I named it Klaus and then turned that into a hashtag. The next day #Klaus was trending in Germany.

#Klaus became the most desired prize of drupa 2016. Exhibitors were putting in overtime on social media to win a night with him. When they did, #Klaus went on a series of well-documented adventures through Dusseldorf. He rode in a police car, partied with the locals in the Alstadt and joined in many, many German beer toasts along the way. During the day #Klaus explored the Messe and posed for pictures with drupa visitors and exhibitors. The drupa PR team registered him and he received a show badge! Side note, it’s hanging in my office. 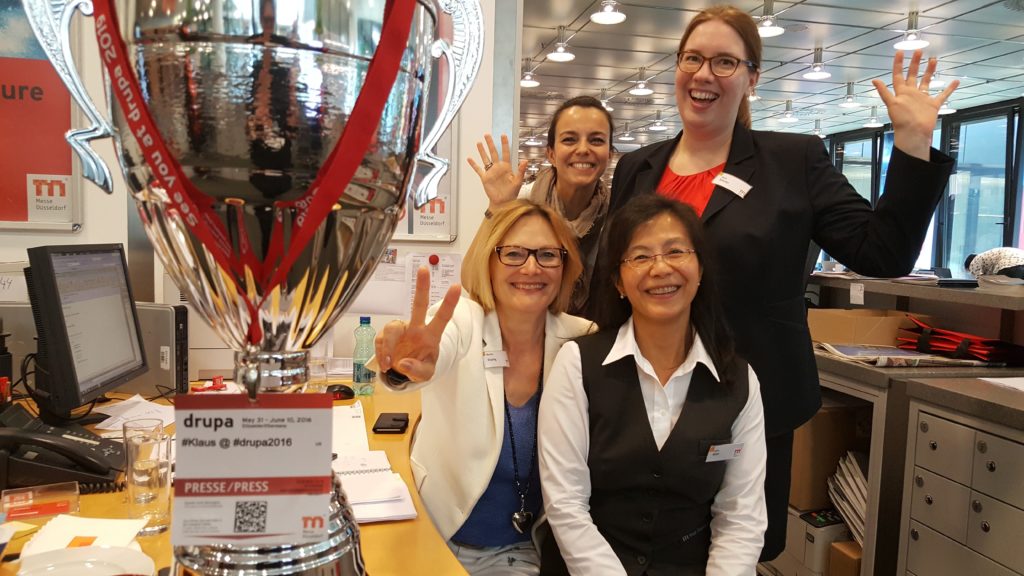 #Klaus trended in Germany for almost all the days of the show thanks to the collective sharing of drupa exhibitors and attendees. Over time I came to realize that my #Klaus story was a metaphor for the drupa story, and such a feat could only happen there.

drupa is the intersection point of everything the print world has to offer. In blogs that follow I will share stories that illustrate the big opportunities within reach for attendees and exhibitors that attend drupa, however none of that would be possible without all the awesome people of print who come to be part of something bigger than just them, and what they have to offer. The wonder of drupa, the excitement to explore and share every inch of every hall is contagious, and it doesn’t wear off. 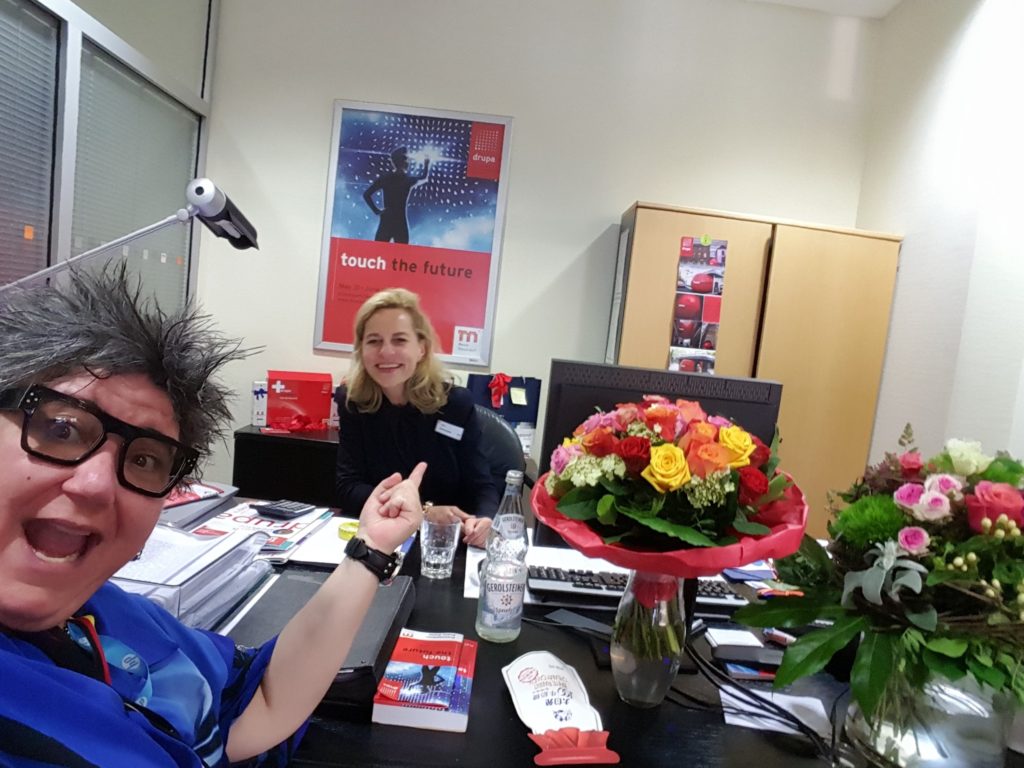 #Klaus opened up unimaginable doors for me, the most prestigious to the office of Sabine Geldermann, Director of drupa. The community building I facilitated around the trophy and the show was recognized and rewarded. In 2020, Print Media Centr has been invited to produce The Printerverse at #drupa2020. We will present 11 days of FREE education, interviews, announcements and reports from the Messe with our Intergalactic Alliance Partners and friends… and broadcast it ALL LIVE with the help of Morten Reitoft and Inkish.TV.

Working with the show is beyond a dream come true, and to be presented with the opportunity to create an open space for the print world to connect and learn is 2 more on top.

From June 16-26, 2020, Messe Dusseldorf will become the star shining brightly in the center of the print universe, with all of us orbiting. Get your passport, get your ticket… blast off and enjoy the ride. There is nothing like it. 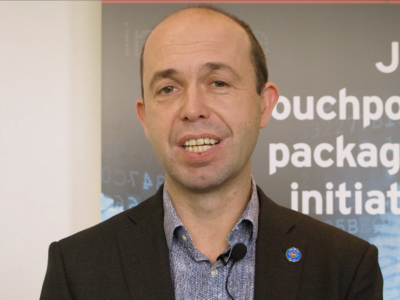 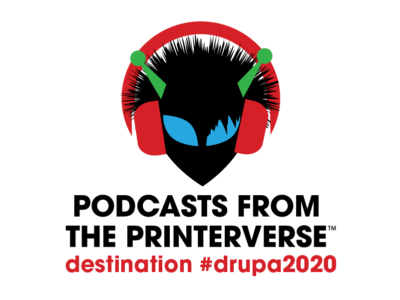