The History of drupa: Part One

The history of drupa: A look back at the beginnings in 1951 shows the rapid changes in an industry that at that time still paid homage to book printing and melted lead for letters. Today drupa shows how to print electronics or 3D and much more. A little timetravel. 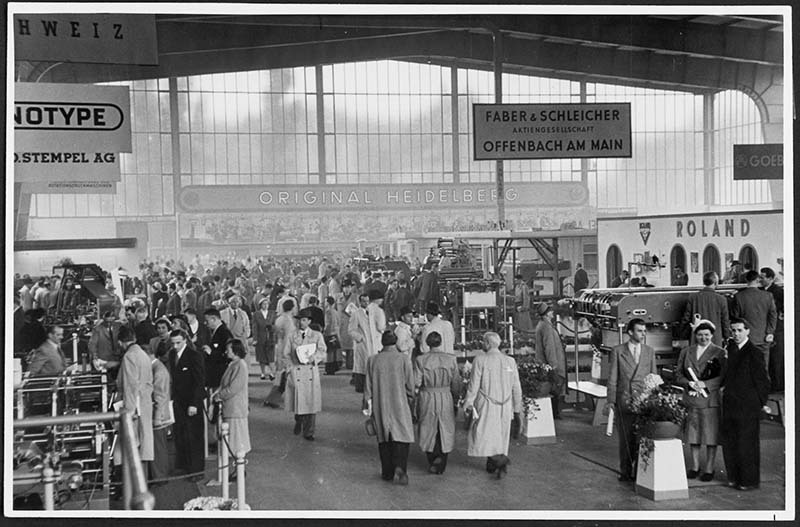 In 1951 the first drupa (“Print and Paper”) took place as the successor to the BUGRA exhibition in Leipzig (“Book Trade and Graphics”) in West Germany, which was established in 1914 and before the war. Hubert Heinrich Adalbert Sternberg was the co-founder of the international drupa in Düsseldorf. He was its president from 1951 to 1967 and president of the trade fair committee until 1972. From 1926 to 1972 he worked on the board of Schnellpressenfabrik AG Heidelberg, which was renamed Heidelberger Druckmaschinen AG in 1967.

In 1951, Konrad Adenauer was Federal Chancellor and made his first state visit to Italy, the new German national anthem was set and the Federal Constitutional Court also began its work in Karlsruhe this year – the same year that the printing industry presented itself at drupa.

While there were still around 18,000 magazines at the end of the Weimar Republic, their number already declined sharply during the National Socialist era. At the beginning of the Second World War there were still around 5,000 and in 1944 the number shrank to 485 magazines. After the war, there were again around 1,537 magazines and magazines in Germany in 1949. After the currency reform, their number rose again to around 5,000 in the following five years. In the GDR, too, more and more magazine titles gradually came onto the market.

This clearly shows that drupa had to write a success story when it was founded. Because the many newspapers and magazines finally had to be produced and the circulation increased. In 1951, this was done for the most part in book printing. Among the exhibitors of the very beginning are Heidelberg, M.A.N and Koenig & Bauer, which is considered the oldest printing press factory in the world. Today it is the holding company of the KBA Group.

The highlight of drupa for the year 1951? The “Original Heidelberger Tiegel” (“Platen Press”) with 5,500 print sheets per hour. Visitors were able to experience 19 presses live at the Heidelberg booth, seeing the automatic crucible press with a maximum output of around 5,500 prints per hour when printing does not contain the register or the Heidelberg cylinder.

Furthermore, at the first drupa, far-reaching changes were already on the horizon: offset printing. Sheetfed offset presses such as the “Ultra M.A.N.” were shown in Düsseldorf. The printing press manufacturer Faber & Schleicher, which had started in Offenbach am Main in 1871 as an “association business for the production of lithographic fast presses”, showed its 1-color printing machine Roland Parva and the 2-color Roland Ultra. 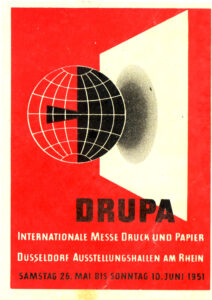 The Importance of drupa Back Then

The daily newspaper “Die Zeit” reported on the first drupa:

“The business deals with the 460 exhibiting companies (including around 80 foreigners) are extremely satisfactory, even if demand in the paper business could not be fully met. No significant upward trend in paper prices has been identified, although of course a certain degree of uncertainty cannot be overlooked with regard to paper prices. The greatest interest of the visitors, who were mainly professionals, is focused on the technical innovations in printing and paper machines, with which the well-known German companies were able to come up with for the first time after the war at a trade fair. But also in the stands of the paper production and wholesale companies as well as in the diverse supplier branches there is always a lot of traffic.”

But the editor also expressed criticism: “The symbiosis of print and paper within a trade fair, which at first glance seems confusing, was justified by the close technical and economic connection between the two major economic groups.” What would that editor say today if he were to meet topics such as printed electronics, 3D printing or “continuous publishing”, as realized with the “drupa daily”? One thing is certain: he would probably not be able to get out of his amazement.

How important drupa was for the industry at that time is also shown by a report by the “Rheinische Post” from 2004. Tacettin Ersoy says that he traveled to the first drupa in 1951 by train from Turkey. At that time, he spent over 200 hours on the road and had to overcome numerous boundaries. He told the newspaper: “I wanted to improve the quality of print products in Turkey and I needed information.” Today, the journey has become more convenient and no visitor to drupa 2016 took 200 hours or more.

Did you know these things about the beginnings of drupa? Is there anything that surprised you or stood out? Continue with us along the history of drupa as there is also a part two coming soon! 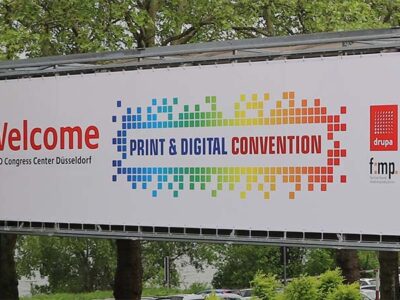 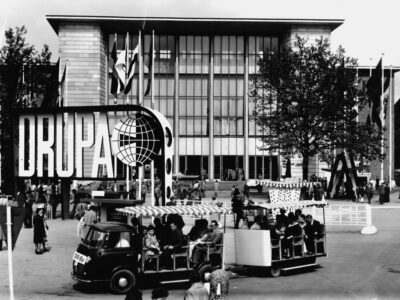 The History of drupa: Part Two