There is no printing world without Gutenberg. His invention made the mass printing of texts possible and remained unchanged until the 19th century. We had the chance to ask the managing director of the Gutenberg Foundation some questions about the significance of Gutenberg in today’s society and the printing world.

There is no printing world without Gutenberg. His invention made the mass printing of texts possible and remained unchanged until the 19th century. We had the chance to ask the managing director of the Gutenberg Foundation some questions about the significance of Gutenberg in today’s society and the printing world. Zvjezdana Cordier studied Slavic studies, history and journalism at the Johannes Gutenberg University in Mainz and has worked in cultural management for 30 years. She is committed to Gutenberg’s legacy for 25 years.

drupa: With the Gutenberg Foundation you made it your business to support the Gutenberg Museum. What role do physical museums still play today when all exhibits can be viewed on the internet with just a few clicks?

Cordier: Museums used to perform the task of preserving, researching and displaying a collection. Today, contemporary museums are so-called “third places”: Places besides home and work where people can spend their leisure time in a meaningful, fulfilling and entertaining way. Museums are also places where visitors have the possibility to continue their education without borders (e.g. using additional media). The museum is therefore a place to be for everyone!

A digital image or a YouTube video cannot convey the same sensual experience of letterpress for eyes, ears and hands or the fascination of centuries-old book illumination.

drupa: With the Gutenberg Bible, the Gutenberg Museum possesses one of the most valuable books in the world, and both the museum and your foundation bear the name in the title. What does Johannes Gutenberg’s work mean for us today and what effects did his invention entail?

Cordier: By 1450, Johannes Gutenberg triggered a media revolution with his invention of printing with movable metal letters. Only 50 years later, printing workshops were scattered all over Europe. Knowledge suddenly became accessible to many people. While education used to be available exclusively to the clergy and some interested aristocrats, the process of their democratization now began. Humanism and the Reformation could have never developed their full potential without printing. Our world today, including our democracy, is the result of a development that began with printing.

The media revolution of the 15th century triggered by Gutenberg is also a prerequisite for the next great media revolution: the invention of the internet during the nineties of the last century. Thanks to the internet and the smartphone, the amount of knowledge accessible to people exploded. Geographical information barriers were almost completely eradicated. The principle is the same as in the 15th century: More information became available to more people and were able to spread faster.

“A Return to Haptics is Clearly Recognizable”

drupa: Johannes Gutenberg is virtually the founder of printing industry. Were there personalities in the industry with similar revolutionary potential?

Cordier: Certainly there were many great personalities who have advanced the printing and media industry from 1450 to the present day, e.g. Mergenthaler, Senefelder, König und Bauer, later Berners-Lee, then Gates and Jobbs to name just a few. However, each of them was dedicated to only one aspect: Mergenthaler to type casting and typesetting, Senefelder to colour printing, König und Bauer to mechanics, Berners-Lee, Gates and Jobbs to distribution. Although none of their advancements were as persistent and perfect as Gutenberg’s invention. You have to keep in mind that from 1450 to the late 1980s letterpress used the same basic principle and is still being used today in the artistic sector and some peripheral areas of printing.

drupa: The Gutenberg Museum is currently in the process of being rediscovered, which also includes the structural and content-related reorientation. As the world’s leading trade fair for the printing industry, drupa is a pioneer for developments and trends and therefore dependent on continuous further development. How important is it in the printing industry to stay up-to-date, and how do you manage that?

Cordier: Certainly, it’s our top priority to follow new developments and I think I can speak for the scientists of the Gutenberg Museum as well. Ever since I’ve been working in this field – that’s 25 years now – I’ve been to every drupa and the Gutenberg Museum has been an exhibitor even before my time here. I was always fascinated by the speed by which the printing industry developed: from letterpress to plate, then without plate, then completely digital.

On the other hand, a return to haptics is clearly recognizable. Today truly chic printed matter comes in special, tactile materials. Every self-respecting company has very well designed business cards printed in letterpress again. Maybe it’s a daring thesis, but 3D printing may also be an expression of the fact that people not only want to see, but also feel.

A contemporary museum must display all these developments. It should neither be stuck in the historical nor in the digital era, but must consistently show connections between history and present.

drupa: The Gutenberg Foundation strongly involves the citizens in the further development of the museum. Why is this important and why do the citizens of Mainz identify so strongly with Johannes Gutenberg even though he has been dead for more than 550 years?

Cordier: A marketing expert would say: Hardly any city has a USP like Mainz with Johannes Gutenberg. Although Mainz is historically extremely important, it’s not a large and prosperous city. To communicate Johannes Gutenberg’s international standing in the form of a contemporary museum to the outside world goes beyond the financial strength of a medium-sized municipality. Since 1900, the year of the foundation of the museum, the development of the Gutenberg Museum has always been coined by civic commitment. Without the support of the citizens, the existence of a museum for the greatest son of the city Mainz would be unthinkable.

However, the commitment to Gutenberg and the Gutenberg Museum isn’t regionally limited. Gutenberg is of global importance and his popularity even seems to increase by the distance. The Americans awarded him in 1998 with the title “Man of the Millennium” as the most important personality of the second millennium. The community of Gutenberg fans is as international as drupa. For this reason, we founded a circle of Gutenberg friends last year, in which we collect “GUTE FREUNDE” (GOOD FRIENDS). In the face of the immense project of renewing the Gutenberg Museum, we need a broad lobby of supporters.

“[Gutenberg] Would Certainly Visit Every drupa”

drupa: In theory: Imagine Gutenberg living in today’s world. How would he feel about the current techniques such as print-on-demand? And would we meet him at drupa?

Cordier: He would certainly visit every drupa and approve of the modern techniques. His requirement, however, would be that the results are good and of high quality. What is striking about Gutenberg’s Bible is its perfection, both in the materials used and in the typesetting. Gutenberg’s goal was to evoke the impression of a perfectly written manuscript in print. I would be too pleased to know if he had any idea in the 15th century what changes his invention would entail.

Thank you for the interview! For more information about Gutenberg visit hall 6 booth G02 at #drupa2020.

You see Gutenberg is still very relevant today and he has left his mark on the printing world. Have you been to the Gutenberg Museum so far? Share your opinion with us in the comments!

Zvjezdana Cordier, born in 1964, studied Slavic studies, history and journalism at the Johannes Gutenberg University in Mainz and has been working in cultural management for 30 years. She has been committed to Gutenberg’s legacy for 25 years, since 2017 as Managing Director of the Gutenberg Foundation in Mainz. 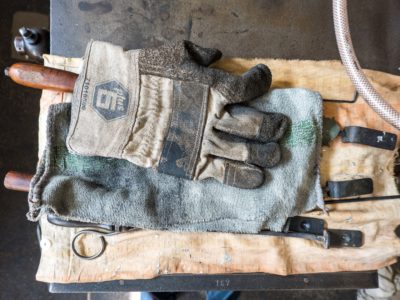 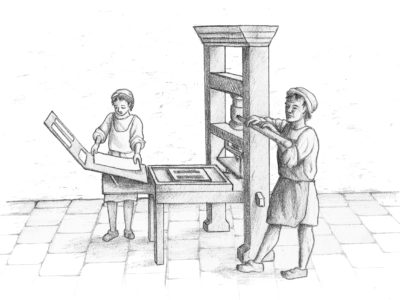 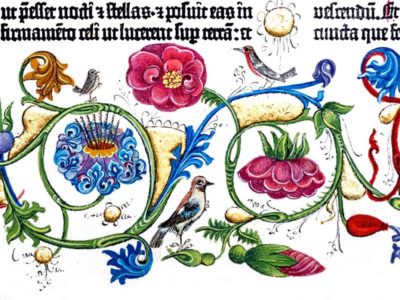