We are surrounded by letters; they become part of our landscape and our very lives. Typography is an everyday, widely used thing. We all possess our own culture and respond in the appropriate way to its various forms and styles. A trend in recent years has been to treat cities, regions or countries as a product, turning them into brands. To do so, they adopt the same marketing tools as any other brand, such as a logo or their own typography. 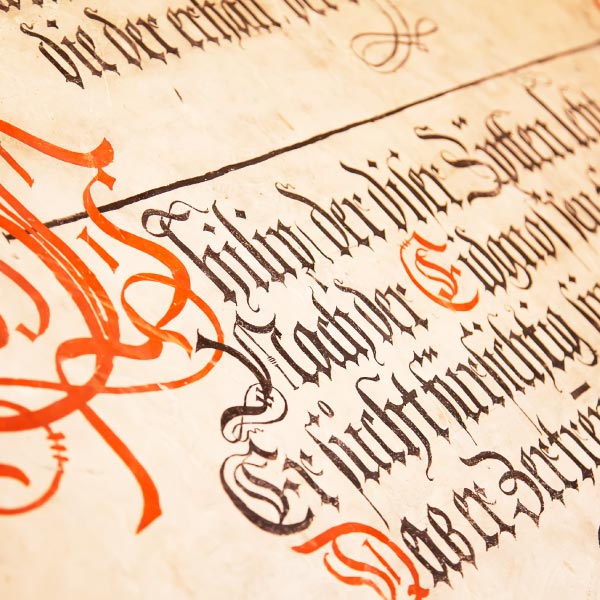 We are surrounded by letters; they become part of our landscape and our very lives. Typography is an everyday, widely used thing. In fact, you are looking at it right now as you read this text. We all possess our own culture and respond in the appropriate way to its various forms and styles. In addition, anyone can sense that typefaces communicate with us, understand their meanings and even identify with them.

Typography is part of the landscape

The German designer Peter Behrens declared that, after architecture, “typography provides us with the clearest picture of an era and the most powerful testimony to the spiritual progress and development of a culture”.

The Swiss Adrian Frutiger, one of the most highly regarded and influential typeface designers of the twentieth century, compared the shape of typographic letters with architecture, roads or vehicle design. He found eloquent parallels, for instance, between enclosed spaces and the thick lines of a Gothic lettering and the robustness and vertical stylization of medieval cathedrals. For him, the functionality of a shoe for walking on paths and mountains resembled the flexibility, reliability and comfort of a typeface like Excelsior for reading long texts. In all of these cases, Frutiger defines alphabet design as another of the many manifestations of everyday life of each era and context, whereby its forms ultimately shape “the aesthetic landscape of writing”. In other words, the form of letters is dependent on economic, social and cultural factors, but also functional ones, because we should never forget that typography is a tool, a vehicle for transmitting thoughts and, often, for evoking feelings and sensations.

A trend in recent years has been to treat cities, regions or countries as a product, turning them into brands. To do so, they adopt the same marketing tools as any other brand, such as a logo or their own typography. The “city brands” take inspiration from their spirit in order to deliver a new kind of visibility or promote certain values, all for identificatory purposes.

The designer Pablo Gámez, from Chulotype, provides the examples of cities like Amman, Rome, Brussels and Helsinki — among others — which have designed specific typefaces for their own use for various purposes, though always with the aim of transmitting a number of values and a particular image. There are also cities like Bath (England) that require businesses to ensure that their logos are in tune with the character of the historic centre, and even impose their aesthetic standards on major multinationals. However, a city’s typographic design does not involve general standardization with an individual typeface. The design of specific typefaces for certain cities may only serve to standardize the communication of a local institution — whether the city council or tourist board —, giving it a particular distinguishable character. The city as a whole, however, tends to exhibit its own typographical personality, made up of thousands of layers of history, customs, culture, trade and other visual impulses that combine to form an image that would be difficult to illustrate accurately, but which we are all able to easily recognise.

It is said that if you were dropped in the middle of a city with your eyes closed, you would be able to recognise it just by glancing at its logos and signs. This is quite true, since they reflect the social, economic and historical development of an area, giving it a particular typographical DNA. One concrete example is the London Underground, where since 1916 the logos have preserved the original spirit of the typeface designed by Edward Johnston. Or Berlin’s U-Bahn, where the station signs adopt a huge variety of typographic models: from the neoclassical logos of 1913 to seventies-style designs. We also tend to associate a certain typographic personality with places and nations. This is because the most significant designs of the first few centuries of the history of typography are intrinsically linked to their creators, to their countries of origin and the common use that was made of the typefaces. It was not until at least the 1920s that the traditional forms that were too culturally marked were rejected in the media associated with the artistic avant-garde, in search of a universalistic communication that would not differentiate between class or nation. This marked the explosion of the sans serif typefaces, like Paul Renner’s successful Futura, and the beginning of the blurring of typographic boundaries, until arriving at the current proliferation of multi-language typefaces.

One example is Typographic Matchmaking in the City, a research project (2008-2010) conducted by the designer Huda AbiFares, focusing on the narrative possibilities of the Latin and Arabic scripts within the urban environment, with the written word as a point of exchange and integration of multicultural working groups.

But in reality we are creatures of habit and we recognise certain typographic uses because they are the ones we are accustomed to seeing in specific applications. It is one of the principles of semiotics (the study of signs and symbols), which encompasses typography: “An object is indissolubly linked to the ideas or associations of the context in which it is situated”. From informative to evocative

The American Beatrice Warde argued in The Crystal Goblet that typography had to be transparent so that the letterforms did not hinder reading. However, this is an almost Utopian idea, because one of the functions of typography is to set the tone of the text. Typography plays a similar role to the human voice, providing not just different intonations but also specific accents and timbres.

What is certain is that a familiar typeface makes reading easier because it normally goes unnoticed, while a typeface that is not attracts attention, and may even affect legibility, alter the meaning of words or add new meanings. But the degree of legibility also depends on cultural factors and reading habits. As the typeface designer Zuzana Licko famously said in 1990, “We read best what we read most”. That is to say: the typefaces that we are accustomed to are easier for us to read. This is what we call readability.

In other words, as “transparent” as a typeface may be, it will always operate supraliminally, transmitting information that is in front of our eyes but which goes unnoticed. Typography is like a magic trick: everything happens in plain sight but we do not realise it is happening. There are also unwritten conventions on the associations we make between typefaces and a large number of everyday situations. There are contexts in which we perceive values of reliability, tradition and a certain neutrality, which in turn suggest a historical legacy. These typefaces are those that remind us of Roman inscriptions engraved in stone or ancient manuscripts, transmitting confidence and longevity. For instance, we associate traditional Roman typefaces like Times New Roman with serious newspapers, so texts built from these models give us the impression that we are reading rigorous and credible writing. Quite the opposite effect to a text that uses the well known Comic Sans.

In her book The Type Taster, the British designer and educator Sarah Hyndman argues that “typography is a time machine” due to its evocative power. In the book, she conducts a whole series of experiments — many of which can still be done through her website — of a more recreational than scientific nature, in order to try to ascertain what kinds of emotions are elicited by various letter types, “but also so that people have fun and think about typography”.

The only truly scientific evidence on the subject is very basic: “Curved forms are considered to be tranquil, while angular ones evoke anxiety. Balanced unsloped letters seem static and sloped ones appear to be in movement”. These conclusions relate to the natural environment, in which irregular shapes are dangerous or aggressive, while rounded ones are safe and friendly. They are questions that relate to basic survival instincts, but we also have affective and emotional reactions that are determined by our experience and memory. The majority of these mental constructions are of cultural origin and, therefore, shared with a group. However, there are emotions that are unique to us, like memories from childhood or certain traumatic events. If typography was present in these circumstances, our emotions are reproduced when we see it again.

Sarah Hyndman argues that when we are faced with typography, we rarely do so in neutral contexts. Everyday acts of reading tend to be loaded with impulses from a wide variety of sources. She also says that “our ability to absorb information simultaneously through several senses increases our reaction speed when it comes to judging situations and acting accordingly”. It is also a question of survival. According to Sarah Hyndman, “Our most powerful memories are multi-sensory”, so the associations we create with typography in this kind of situation evoke more powerful feelings and sensations.

We are sensitive and literate beings, so typography will always affect us to a greater or lesser extent. We belong to a particular cultural environment and can even identify ourselves with a given letter type. We are able to perceive more typographical subtleties than we think, and we only need to pay more attention to our typographical context. It’s easy. We live inside a giant book. 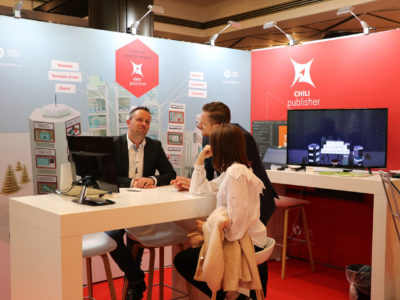