Unique Books in the Printing World

In October PRINT & DIGITAL CONVENTION was held in Dusseldorf. With many people visiting the event to listen to lectures from the experts of the print community, it was also possible to linger at the exhibition stands and see many different products from the various companies that were there. One of these stands had a special book to show, which was already the second part of a series. 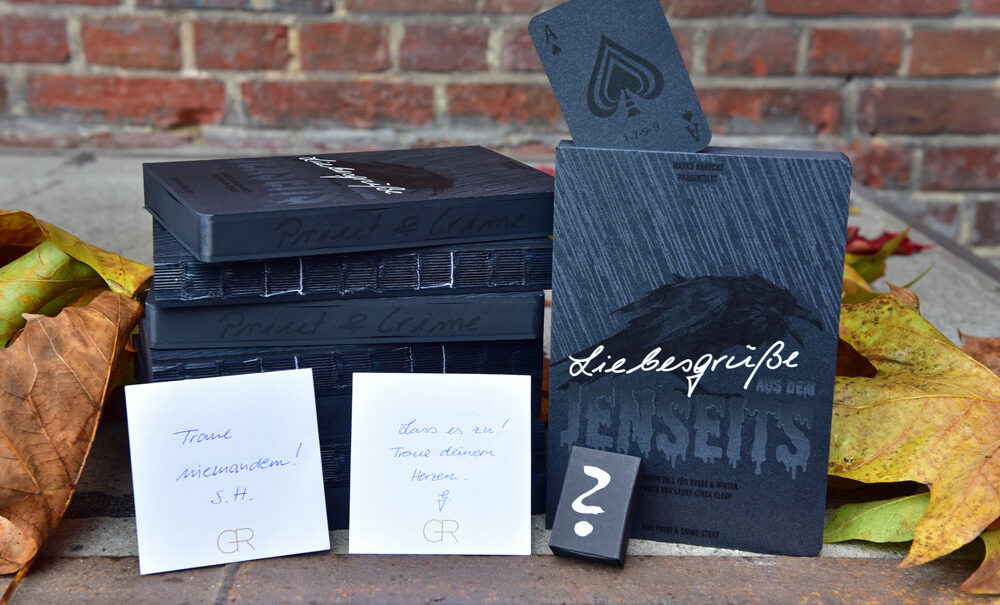 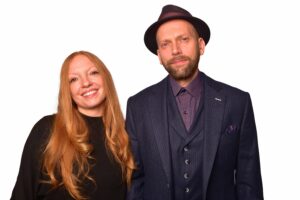 The idea was simple. Combine the knowledge of passionate printing expert Marko Hanecke and crime genre loving Laura-Linda Klope to create a very unique book series. The genre is called “Print & Crime”, with the protagonists and print detectives Schorsch Hesse & Dr. Jan Winter trying to solve the latest case in the print universe.

They combine expertise, cleverness and wit to create their own dynamic that was inspired by the famous characters of Sherlock Holmes and John Watson.

First Book: A Study in Magenta 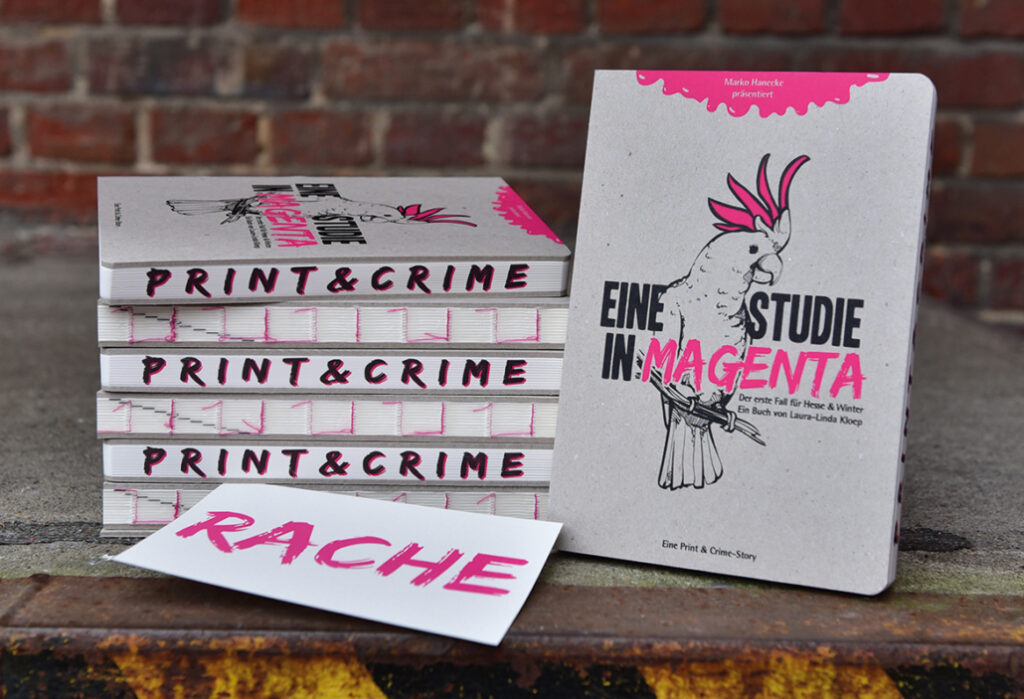 Inspired by the title of famous author Arthur Conan Doyle’s book “A Study in Scarlet”, where Sherlock Holmes made his first appearance, the German book “Eine Studie in Magenta” can be translated to “A Study in Magenta” and is also the first book that introduces us to the world of the characters. Narrative and printing implementation are interwoven in a unique way.

After having financial problems the depressive media designer Dr. Jan Winter started sharing an office with the eccentric print expert Schorsch Hesse. The duo has to deal with an unusual print product as the printing house owner Ludwig van Dyke receives mysterious greeting cards from an unknown sender. Shortly after he is found dead and the question arises: was it murder?

Crime lovers, creatives and printing professionals alike get their money’s worth, because Hesse & Winter solve the case with their own style and methods. On their way through the field of print technical criminology, the two come across a noble handmade paper, printing errors, damaged screen printing squeegees, students of printing and media technology, printing staff, grumpy workshop managers, influential association employees and many other players in the graphics industry. And of course, not to forget, there is also the cockatoo from Iggy Pop. What role does he play in this story?

What makes these books unique is not only the content but also how they are made. For example some of the features are that this first book entails a bookmark that is a reproduction of an important piece of evidence. As the name of the book suggests it also has open thread stitching with magenta threads, and it combines three printing techniques into one book. It is a sustainable production with conditions according to the RAL UZ 195 “Blauer Engel” for printing products, with finest FSC certified printing paper. It has many more features that you can discover yourself by reading it, or the second one, which is in turn again created very uniquely.

Second Book: Love Greetings From the Beyond 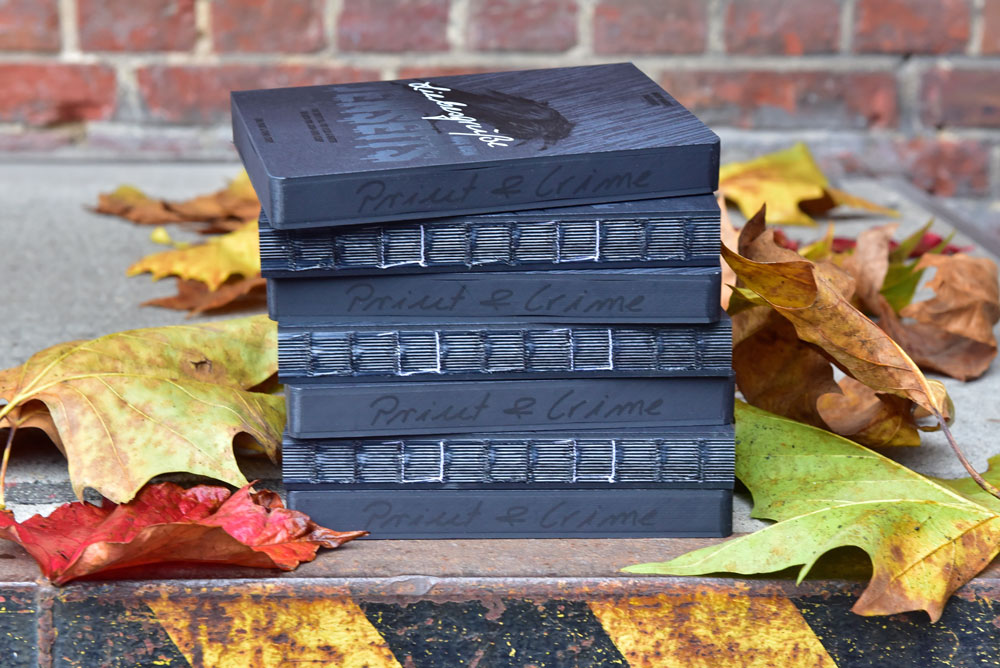 In the second book, “Liebesgrüße aus dem Jenseits”, which looks entirely different compared to the first one, and came out very recently, Hesse & Winter tackle their second case. The 224 pages of the book are completely black and the book looks different depending on how the light hits it. It again has open thread stitching, however, this time the threads are black and white. Reproductions of the love letters mentioned in the book and an admission ticket to a roaring VIP party of the printing and media industry are included in the book. Three printing processes and four very high quality papers with six printing machines were necessary to produce this work of art.

Just like in its black exterior, in its interior there also seems to be a theme of darkness. Lena Walsh, successful yoga teacher, has been receiving love letters for several weeks, written in her husband’s handwriting, who has been dead for three years. The love letters from the afterlife are enigmatic print products according to the taste of the print detective Schorsch Hesse. His method of print technical forensics is original, as he uses a thread counter, his print expertise and razor-sharp logic to try and solve the case. The quickly realizes an amazingly secular solution lies behind the love greetings. But how can he catch the author?

Dark forces seem to be at work in this initially harmless case, as his assistant Dr. Jan Winter is haunted by gloomy prophecies and the client’s house is haunted as well. Each hint and trace reveal a new secret, as the events worsen in an ominous way. The two print detectives are helpless until the specificity of a substrate sheds light on the investigation. Join them in solving their investigation in the printing world!

Soon an interview with the creators of the books will follow on our drupa blog, so be on the lookout for that! 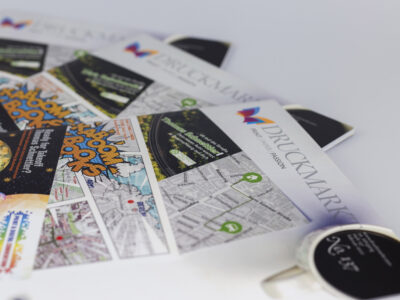 Geomarketing: How Does it Work? is the Central Question for one of the PRINT & DIGITAL CONVENTION Highlight Projects 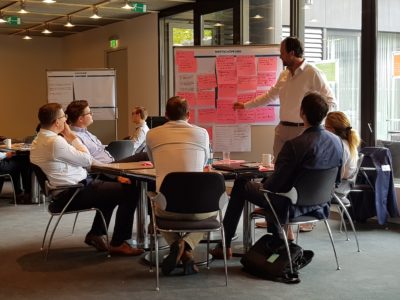 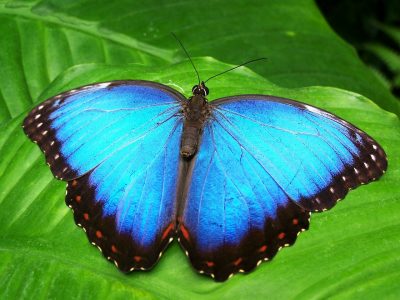